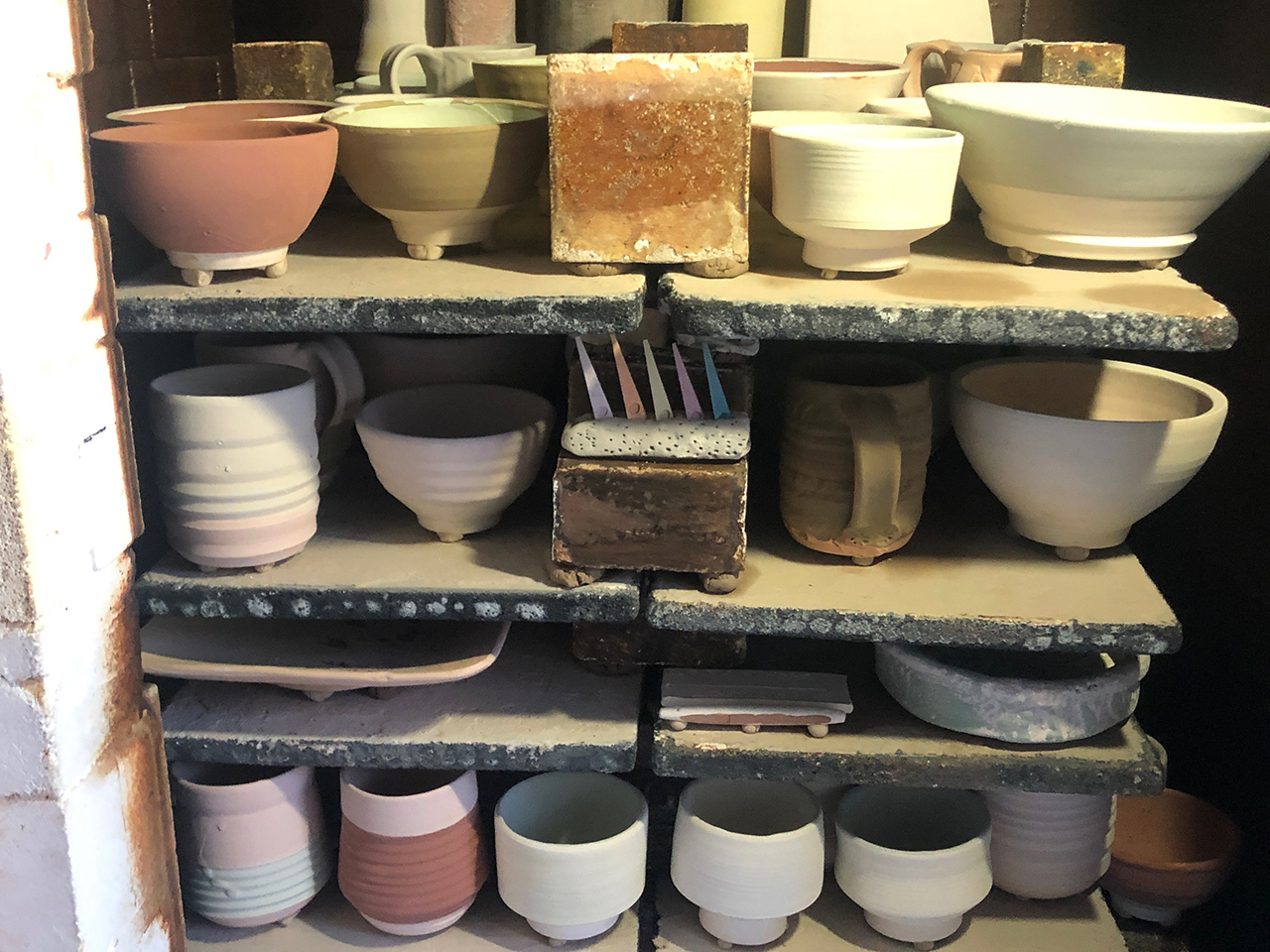 KILN-ING IT AT THE YARD

Our 2019-2020 Ceramic Residents organized an incredibly successful community firing, earlier this month, of over 200 unique pieces by Residents and other Yardies!

The whole process of running a community firing is not for the faint of heart! Each firing involves a community load in and then candling begins. Candling is the process of warming the kiln and getting everything dry, which can take close to 14 hours!

After that, we crank the heat to get the kiln proper temperature for firing (cone 10). Then they physically spray the soda (a mixture of soda ash and warm water) into the kiln which causes the shiny beautiful glaze that we know and love.

The team did hit a problem with the soda ash sprayer breaking… they improvised like Yardies do by using a paint sprayer Frankenstein-ed to an air compressor. The team also invented a low tech signature technique dubbed the “soda burrito” involving ash folded into pieces of paper that were then tossed into the kiln.

Interested? Want to get involved and organize your own community firing? Consider applying to be in our next Artist Resident cohort!